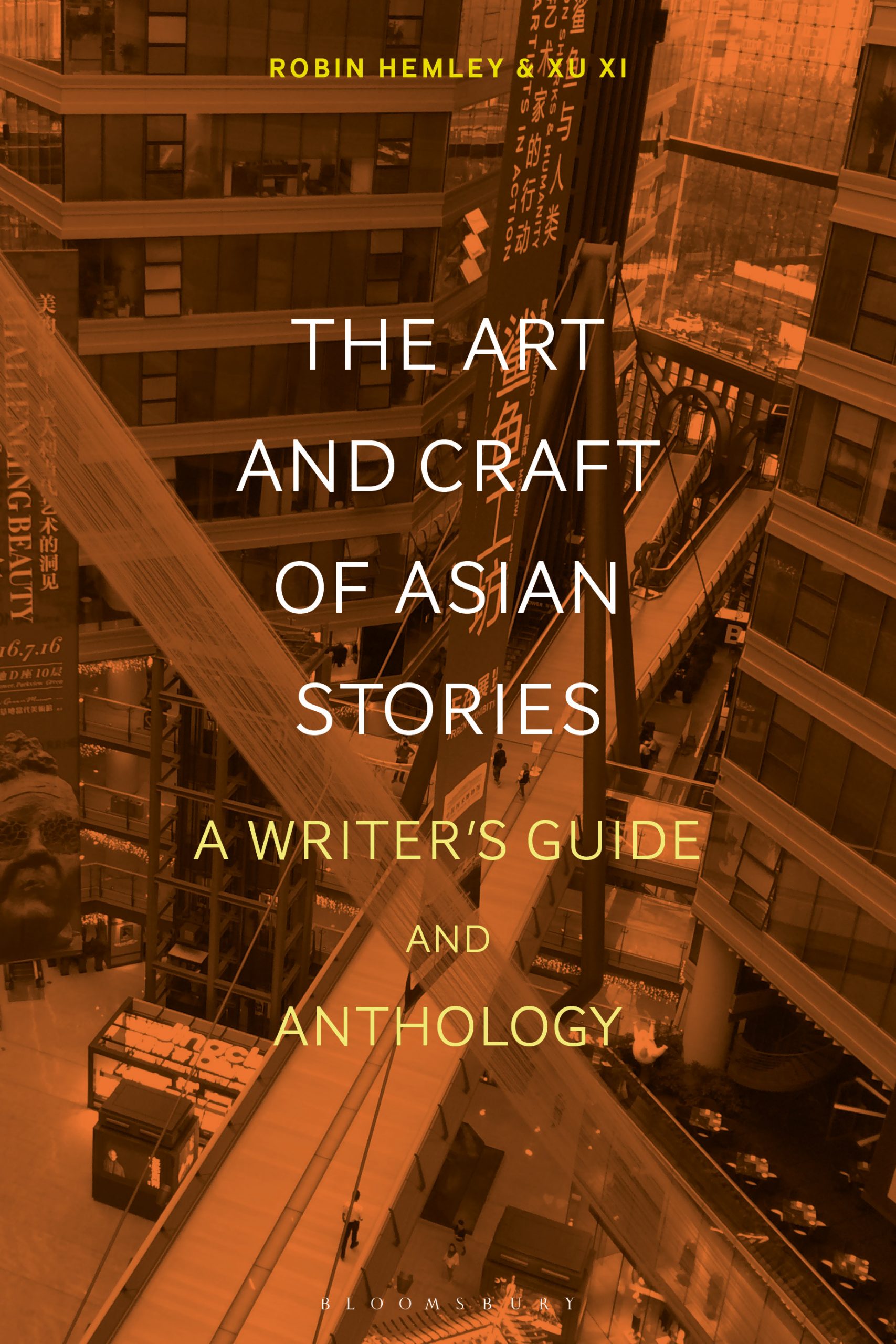 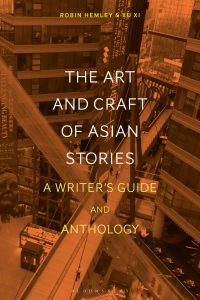 We wanted to share some exciting news. The new book by Robin and Xu, The Art and Craft of Asian Stories: A Writer’s Guide and Anthology has just been released by Bloomsbury. It’s the first textbook of its kind to use as models of the short story works with an Asian focus. The book is the culmination of several years of gathering stories from across the region and beyond, and are mostly by contemporary, living writers. We both felt that such a text was needed as we saw in our own and other creative writing classrooms in Asia that the fiction read was either Anglo-Americentric or Eurocentric. What we’ve written is a book that showcases stories to present a diversity of models and styles, not to silo off Asian stories for Asian writers, but to broaden and globalize the short story canon. We didn’t break the chapters into the typical headings of “Character, Voice, Point of View,” and so on, but instead focused on themes such as “Family, Invaders, Taboos.” The stories culled from our readings revealed their techniques to us story by story and we wrote the accompanying text in a way that covers all the traditional techniques, but does so in an organic fashion. We’re quite proud of the stories we collected in the book. The twenty-four stories included are about the cultures and people of China, Hong Kong, Japan, the Philippines, India, Singapore, Korea, Malaysia, Thailand, Vietnam, Abu Dhabi and Lebanon and are set in Asia and elsewhere. Half are stories in English and the other half in translation from various Asian languages. We’re confident that they all “teach” well, as we’ve tested them out in our classrooms over the last several years.

If you do teach, we hope that you will consider adopting The Art and Craft of Asian Stories for your classroom and that you will recommend it to others at your school or college.  You can learn more about the book from Bloomsbury.

Robin Hemley is Director of the George Polk School of Communications as well as Parsons Family Chair in Creative Writing, University Professor and Co-Chair of the MFA in Writing at LIU-Brooklyn, USA. He is also Professor Emeritus at The University of Iowa, USA, a graduate of The Iowa Writers’ Workshop, and the award-winning author of 14 books of fiction and nonfiction.

Xu Xi is a prolific Indonesian Chinese novelist and author from Hong Kong and New York. Her recent books include This Fish is Fowl: Essays of Being (2019), a memoir Dear Hong Kong: Elegy for a City (2017) and the novel That Man in Our Lives (2016). She is Faculty Co-Director of the International MFA at Vermont College of Fine Arts, USA, where she previously served as faculty chair for their MFA in writing. She also established and directed Asia’s first low-residency MFA at the City University of Hong Kong.

Categories: Faculty in the Spotlight, NewsNovember 23, 2021

New York State Education Board Approves New Curriculum for the MFA in Writing and Publishing
August 10, 2021