Faculty in the Spotlight

Playwright and Director of the MFA in Writing and Producing for Television program Ken LaZebnik premieres Animate, a new play performed outdoors at Como Park Zoo and Conservatory in St. Paul, Minnesota.  The play runs from September 17 – 26, 2021, and tickets for the outdoor performance can be reserved online today!  More information about the play follows below:

Wealthy philanthropist Preston Davis has made a $40 million gift to the mythical Jackson Kennicott Zoo to launch an exhibit that will bring a species back from extinction while attracting thousands of zoo goers and leveraging many millions more for this urban zoo, its city’s schools, its region’s residents, and its area’s businesses. Questionable language from this humanitarian casts doubt on the moral decision to accept the donation, despite its ripple effect of financial benefit and species survival.

This world premiere begins with a helicopter landing and ends with a sea lion jumping, in an eight-scene moving theatrical experience on the wondrous and real grounds of Como Park Zoo and Conservatory, located at 1225 Eastbrook Drive in St. St. Paul, Minnesota.

Animate has one preview, September 16, and opens September 17 for a two-week run, closing September 26. All performances are at 6:30 pm. Wheelchairs, strollers, and scooters are available. Reservations can only be made, at no cost, through the Como Park Zoo and Conservatory. Click the following link to reserve your spot now! *Audio Description offered September 24. 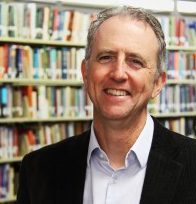 Category: Faculty in the SpotlightSeptember 20, 2021